Click here to see why PRCUA annuities are a great retirement tool!

PRCUA offers annuity plans in our portfolio of financial products. Our annuities play an important part in helping current and prospective members to secure their family’s financial future. The annuities offered in our portfolio are extremely competitive in today’s market. You can earn up to 4.25 % APY with the ELITE 150+, STAR 150+ and MYGA EDGE 150+ Annuity Series, with a min. deposit of $500 (ELITE 150+, STAR 150+) and $1,500 (MYGA EDGE 150+)! Please see details below! Best of all, our annuity products have no service charges. Contact us to learn more: sales@prcua.org or call: (800) 772-8632

1. What is an Annuity? An annuity is an income stream – a regular periodic payment for life or another defined period. It converts an accumulated sum of money into a series of payments over number of years or a lifetime.

4. How are payments made? Period or term certain payments are not based on life contingency. Instead it guarantees payments for a certain period of time, such as 10, 15 or 20 years, whether or not the annuitant is living. At the end of the specified period payments cease. In the event the annuitant dies before the end of the specified period, the beneficiary becomes the recipient of the income until the end of the term. Straight life- only option represents the purest form of life annuitization. It provides a series of guaranteed payments for as long as the annuitant lives; when death occurs, payments cease. If at the annuitant’s death there is any principal remaining that has not been paid out, it is forfeited. On the other hand, the annuitant cannot outlive the payments. Of all the payment options based on a life contingency, the straight life option produces the largest payment per $1.00 of principal.

5. What is a joint – life option? This typically applies to a husband and wife. A joint and full survivor payout provides for the same monthly payment as long as long as either of the two people are living. It is only at the death of the second individual that payment ceases. The alternative to this is the joint and -half survivor option, which provides regular income payments to two people while they are both living and, upon the death of the first, continues payments of half the original amount to the survivor until his or her death.

6. What is the difference between a fixed annuity, an equity annuity and variable annuity? A fixed annuity earn a guaranteed rate of interest for a specific time period, such as one, three or five years. Once the guarantee period is over, a new interest rate is set for the next period. It also provides a guaranteed fixed benefit amount to the annuitant, expressed in terms of dollars per payment period. An equity – indexed annuity (EIA) is fixed annuity that offers all the advantage of traditional fixed annuities plus inflation protection because it invests in the stock market. It is subject to the up and down savings of the stock market. A variable annuity shifts much of the investment risk from the insurer to the contract holder because there is no certainty – and no guarantee – as to its return. With a variable annuity it is the contract holder who determines how his or her premium will be invested. The return on a variable annuity will depend on how well these underlying investments programs perform. The disadvantage of a variable annuity is that its lack of guarantees has the owner open to the ups and downs of market risks. Because a variable annuity is considered a “security”, it can only be sold by agents who have a securities license as well as a life insurance license.

7. What is a surrender charge? This is a charge applicable during early years of the contract’s accumulation phase in the event the contract holder surrenders or cashes in his or her annuity before the insurer has had the opportunity to recover the cost of obtaining the business and issuing the contract.

8. What are withdrawal privileges? It is the ability to withdraw a limited amount of fund without having to pay a surrender change. A typical withdrawal provision allows the contract holder to withdraw up to 10% of the annuity fund each year. Individual income tax ramifications may apply.

9. What fees and taxes apply to annuities? Most fixed annuities are sold as back-end loaded contracts, meaning no fees are assessed at the time of this product’s purchase. The insurer makes its money – on the “spread” between the interest it earns on invested premiums and the amount that it credits to an annuity. During the accumulation period, interest credited or earned on an annuity is not currently taxable to the contract holder. As long as the funds remain in the annuity, they preserve their tax – deferred status. However, if the contract holder accesses those funds prior to the contract’s maturity – if he or she takes a withdrawal or loan or complete surrender- it may be a taxable event. When an annuity matures and its fund is annualized into a series of periodic payments, a different tax sale applies. Each payment consists partly of principal and partly of interest earnings.

10. I am currently an annuity owner and want to know if my money is guaranteed in the event your organization fails. I need to know before I invest any more money, that it is protected in some way. Please be assured that your money is secure. Economic factors regarding insurability of funds are handled in three main ways, descriptions of which follow below: According to the Federal Deposit Insurance Corporation (FDIC) government website, “FDIC preserves and promotes public confidence in the U.S. financial system by insuring deposits in banks and thrift institutions for up to $250,000 (through December 31, 2013); by identifying, monitoring and addressing risks to the deposit insurance funds; and by limiting the effect on the economy and the financial system when a bank or thrift institution fails.” This benefit is available because existing banks pay into an insurance fund for insolvency. If additional funds are needed, Washington, DC will need to rely on taxpayer funds. In essence, the banks rescue one another. Commercial life insurance companies (mutual or stock) rely on support from the state guarantee fund through state guaranty associations which provide coverage in the event of insolvency – but this fund has limits as well. The fund is supported by a tax placed on the life insurance company’s premium income. This is the system that is in place to rescue commercial life insurance companies. On occasion, taxpayer funds may be used as well. As a fraternal, PRCUA insures itself, without support from taxpayers or premium taxes payable to the state. In the unlikely event that PRCUA were to become insolvent and needed funds which were not available, PRCUA members would be assessed. As a fraternal organization, members rescue each other, without relying on government assistance as banks and commercial life insurance companies do. If this is not possible, the PRCUA would merge with another fraternal if rescue is required. The latter is a highly unlikely occurrence as the PRCUA is very solvent. Currently, PRCUA is meeting all death claims and cash surrenders. We are also crediting monthly interest to our annuity account holders. The adjustment in Annual Percentage Yields (APY) offered on annuities is a reflection only on the return on investments that is available to the PRCUA. Since 1997, three fraternals have merged with our organization – two of which merged within the last five years. One of the fraternals was insolvent, while the other was on the verge of becoming insolvent. PRCUA’s domicile is Illinois. A recently completed state audit of our organization has found no major deficiencies. The recent state examination report is shared with all insurance departments in states in which we do business. Standard Analytical Service, Inc. has identified and analyzed our growth pattern as compared to the average 25 largest life insurance companies. Our growth percentage is comparatively higher than the average 25 largest life insurance companies. One cannot rely strictly on ratings by rating agencies. Recently we have discovered that an Indiana commercial life insurance company, rated in the A category for many years, has had a Rehabilitation Petition filed against it by the Department of Insurance Commissioner of the State of Indiana. Economic problems have developed across the United States. Very recently, Harrisburg, the capital of Pennsylvania, has missed a bond payment for the second time (WSJ, April 30, 2010). Luckily, the bonds were insured by an insurance company which covered the payment on bonds. The PRCUA does not claim any ownership to these bonds. [/expand]

* The Annual Percentage Yields (APY) are based on our ability to lower our total expenses and still maintain a strong solvency ratio. The current APY may change with market conditions. Therefore, it could go higher or lower at any time.

** Withdrawals may be taxable and a 10% IRS penalty may apply to withdrawals taken before age 59½. 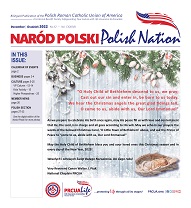