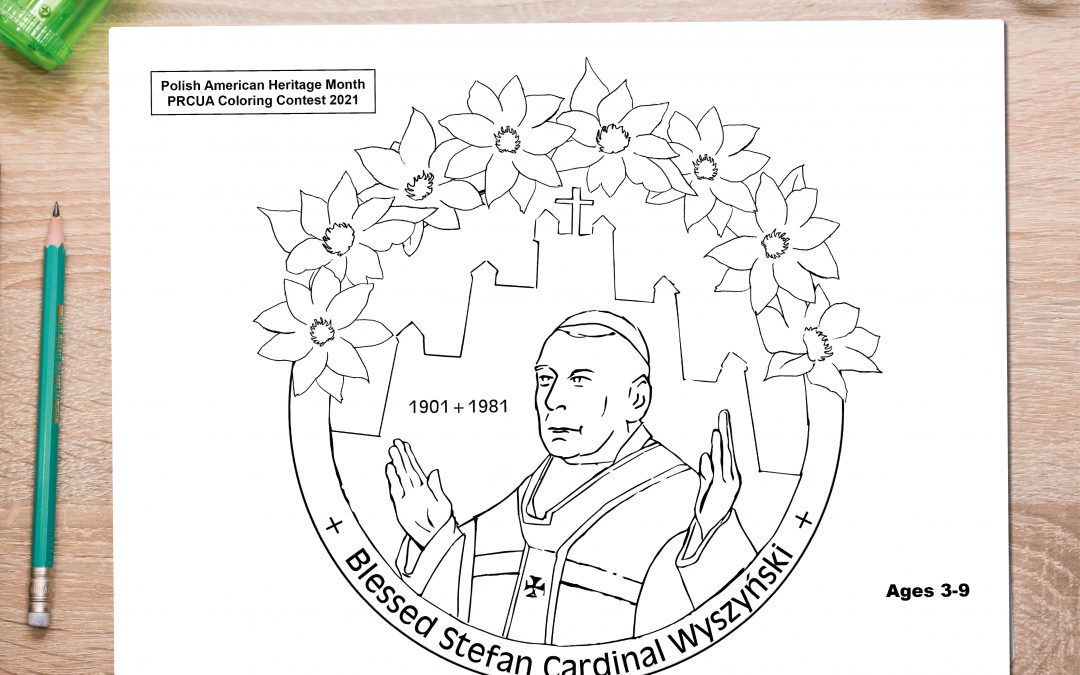 For the Polish American Heritage Month Coloring Contest this October, we are celebrating the beatification of Poland’s Stefan Cardinal Wyszyński. Cardinal Wyszyński was a priest, professor, social activist, patriot and great statesman who dedicated his whole life to God and his homeland. As the leader of the Polish Church for nearly 30 years, he fought against communism and was a defender of freedom of conscience and the holiness of the Church. He oversaw a nine-year program of preparation culminating in a nationwide celebration of the millennium of Poland’s baptism in 1966, thus earning the title, “Primate of the Millennium.”

This year’s image is based on a commemorative coin issued in Poland in 2001 to celebrate the 100th anniversary of Cardinal Wyszyński’s birth. In the background we see the outline of the Saint John’s Archcathedral in Warsaw. Embellishing the top of the image are a variety of clematis flowers named after the cardinal that are notable for their dark magenta color, often referred to as cardinal red.

We await your entries – prizes will be awarded to winners in multiple age categories!

COLORING CONTEST RULES
This coloring contest, the annual PRCUA tradition celebrating October as Polish American Heritage Month, is open to all PRCUA members from 3 to 18 years. Use crayons, pencils, markers or paint (no fabric, sequins, or glitter, etc.). The first, simpler picture is designed for children ages 3-9 and the more detailed image for ages 10-18. Prizes will be awarded in multiple age categories and winning submissions featured in the December edition of the Naród Polski. All prizes will include a certificate of achievement.

DEADLINE: Entries must be received by the Home Office no later than Monday, November 1, 2021. 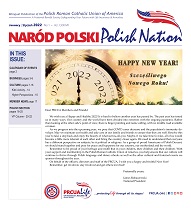