Just when you thought nothing could be worse than the Covid-19 global health crisis and the subsequent economic blowback, the U.S. was further paralyzed by violence and looting in the name of social injustice. Evolving shortly after the May issue of the Narod Polski went to print, a second wave of anxiety, not from the coronavirus, but from anger, ripped open wounds centuries in the making. The catalyst was a horrific incident in a neighboring state, but the result was equally horrific and the aftermath something from a movie. Our residences, which during the shelter-in-place phase, became our castles – during the non-peaceful riots, became our fortresses. The reaction was not just grief over the perpetration of a hideous act, but outright anger. (“Anger becomes the predominant feeling behaviorally, cognitively, and physiologically when a person makes the conscious choice to take action to immediately stop the threatening behavior of another outside force.” WIKIPEDIA). Although the protests eventually turned “peaceful” and voices were given a platform to articulate their concerns, some semblance of normalcy slowly resumed. However, the virus is still with us and morphs with the “new normal” still on shaky ground. Wear your mask. Wash your hands. Remember to social distance. And have hope, “smile and tomorrow will be better” (Robert Lewandowski).

June 5th marked the second Quarterly Board of Directors’ meeting held virtually. Although business was handled efficiently and in record time, it is evident that physical human interaction is missing. The officers and staff are at the Home Office day in and day out and do not feel the void. For us, it was business as usual. For the directors, it seemed distant and impersonal. This year’s Annual Sacred Heart Mass was even scheduled virtually for all but 50 attendees. Held on Sunday, June 7th, District 7 Directors Ewa Cholewinski and Anna Krysinski arranged the Mass at St. Ferdinand Parish. Districts 7, 8 and 9 alternate hosting the event annually (just as they do with the local Opłatek and Święconka). Members of Polonia Ensemble – Adult and Youth – from District 7 participated in the Mass which was also attended by President James Robaczewski, Director D-7 Anna Krysinski and Editor of the Narod Polski, Lidia Kowalewicz.

Shortly before Father’s Day, we received a very unexpected call with extremely sad and shocking news. Our PRCUA New Business Coordinator, Rafał Ciołkosz, passed away suddenly on June 18, 2020. He was 25 years old and was destined for greatness. He shared his knowledge of the insurance business first as an agent, then as an underwriter-in-training and once commented how his perspective changed from one role to the other, as his knowledge of the importance and process of acquiring life insurance itself deepened. Rafal was waked on June 23rd in Chicago with his final resting place in Poland where he was born. As if physically paying respects to the family of such a young person was not surreal enough in and of itself, being unable to cross the human barriers mandated by masks, social distancing, etc. isolated us further in our grief. We also mourned the loss of one of our Polish for Americans’ students, Geraldine “Geri” Baginski who died in a house fire the day before her 77th birthday. Mrs. Halina Szyrzyna said “she was such a good lady, always positive, always happy!” Her Wicker Park neighbors referred to Geri as “So Full of Life” and an article so entitled was written about her in the local newspaper. A retired Chicago teacher and historic preservation activist for the Polish community, Geri was referred to as a “bridge” between the young and old, history and the present. These sudden losses remind us of how elusive and unexpected life can be and that we should be prepared for the inevitable. Eternal rest grant unto them, O Lord, and let perpetual light shine upon them. May the souls of all the faithful departed, through the mercy of God, rest in peace. Amen.

The Home Office of the PRCUA is not yet open to the public, but the PRCUA employees still celebrated Flag Day with a short program held outdoors on a lovely, sunny Monday, June 15. President Robaczewski shared the history of the flag and sang the National Anthem; Sec-Treas. Bastrzyk led us in the Pledge of Allegiance; ably assisted by Conrad Wiecek, I recited a poem which I will share with you at the close of this article; Mateusz Bomba, Michael Dziadkowiec and Julie Prado prayed before and after a quick lunch. I would like to thank my “Chief of Staff” Conrad Wiecek for organizing the event with assistance from Emilia and Marcel Wiecek.

As Father’s Day approached, the Marketing Director Elzbieta Sawczuk and Fraternal Department Coordinator Mateusz Bomba were busy preparing a slideshow of wishes and memories from our members and staff. Thanks to all of you who submitted photos and all the best to our dads!

The PRCUA National Sports Tournaments of the past will be highlighted on our social media throughout the month of July. So, if you enjoyed watching past games on the television, you might enjoy this trip down memory lane as well! Happy July!

With the celebration of America’s Independence Day fast approaching and in light of all that we have been experiencing  as of late, I leave you with the following poem written after 9-11 but very fitting for the current times:

I was born of a people, who refused a corrupt king.

Instead they chose America to do their own thing.

First put together from thread and old cloth,

I came into this world through Betsy Ross.

Over the years I’ve flown so serene.

Yet I’ve served in the worst battles you’ve ever seen.

I’ve been saluted, I’ve been burned.

Veterans have carried me, as all heads turned.

You’ve never asked twice, I was ready to go.

I’ve flown at events where people have cried.

You’ve seen me drape the caskets of those who died.

Now a new challenge awaits us all,

And a new generation must meet the call.

As always, I’ll be with you charging into the fray,

Take heart fellow Americans, we will not stray.

From the beginning until today, I’ve stood for freedom

Without any sway, so grab the torch and hold it high,

For I AM YOUR FLAG AND I WILL NEVER DIE. 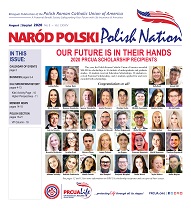