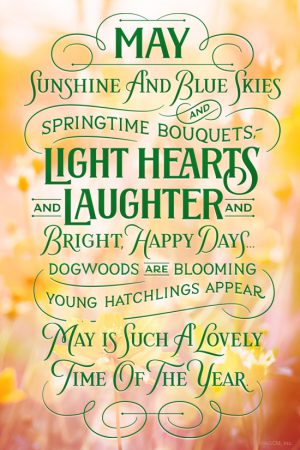 Just as the plants and flowers peek through into the sunlight of Spring, so do we, as we continue on our journey into the new normal. May is here and with it our beloved celebrations and traditions including honoring our Blessed Mother Mary, our Mothers, our Motherland, and those who gave their lives for our Homeland. We applaud the graduates, pray with the first communicants and support the accomplishments of our performers.

So where do we begin? On May 1st, of course! In Poland, the first weekend in May is called “Majówka” – it starts with International Workers’ Day (5/1), Polish National Flag Day and Polonia Day (5/2) and ends with Polish Constitution Day (5/3). The May 1st holiday, also referred to as May Day or International Labour Day, is not unique to Poland alone. In fact, it honors the working class’s strength, commitment, and achievements…raising concerns about forced labor, regulation of minimum wage, the rights of migrant workers, etc. and to promote international labor associations as well as local unions and groups. Many of us, particularly the working class, are unaware of the significance of May Day, and yet we reap the benefits because of it, including an eight-hour work-day. May Day was officially recognized as a public holiday by the Second International Congress in 1891. AKANKSHA MALHOTRA  4/23/2020. Although the United States and Canada celebrate Labor Day on the first Monday in September, 80 other countries celebrate on the first of May.

This year, the Polish Constitution of 1791 celebrates its 230th Anniversary. This historical document “combined a monarchic republic” with three divisions of power: executive, legislative and judicial and was the first of its kind in Europe and second in the world, as the United States Constitution was implemented in 1789. Please note: that even in the 13th century, traces of Polish constitutionalism were found where agreement and representation governed in the young Polish state. During the first half of the 16th century, the “sejm” and “sejmiki” evolved. “By the 17th century, Poland’s legal and political tradition was characterized as parliamentary institutions and a system of checks and balances on state power, which was itself limited by decentralization. The system of a contractual state; the concept of individual liberties; and the notion that the monarch owed duties to his subjects primarily benefited the Polish nobility (szlachta), came to be known as the nobles’ democracy.” WIKIPEDIA

In lieu of the grand Polish Constitution Day Parade down the streets of Chicago on the first Saturday in May, there will be a virtual commemoration with additional celebrations such as the annual Mass at Holy Trinity Polish Mission hosted by the PNA, a wreath laying ceremony at the statue of Thaddeus Kościuszko in Grant Park, a program presented by the PRCUA Polonia Ensemble under the direction of National Director from District 7 Anna Krysinski at St. Ferdinand’s parish, a Polish Flag raising ceremony at Daley Plaza and a special program at the Polish Consulate where Anna Krysinski and Mieczyslaw Dzis will be awarded the Bronze Medal for Culture “Gloria Artis”. In addition to the afore-mentioned events, the Consul of the Republic of Poland in Chicago, Małgorzata Bąk-Guziak, is to honor three Polish-American veterans at a Military Promotion Ceremony on Friday, April 30, at the Polish Museum of America. Details in next month’s issue of the Naród Polski.

In light of the restrictions of last year’s gatherings, as 2021 Mothers’ Day draws near – May 9th in the U.S. and always May 26 in Poland – most of us will be thrilled just to be with our families. For many others myself included, whenever our family is together, it’s Mothers’ Day! Wishing all Moms everywhere a beautiful day! “Being a mother is learning about strengths you didn’t know you had and dealing with fears you didn’t know existed.” Linda Wooten

I would like to congratulate my daughter, Nicole Bencik-Turkiewicz CPA MST, on her recent promotion as Managing Partner of Tax at Crowe LLP. Always reaching higher and higher, Niki never settled for anything less than achieving the goals she set for herself. Her determination is matched only by her work ethic. On Friday, April 23, her mentor, staff and co-workers honored her with a virtual toast and extended the invitation to Richard and me. It seems that our daughter is herself a great mentor, the best compliment she could give back to her mentor, Geralyn Hurd who opened the door for Niki. We gave her the best we could and the rest was in her very capable, smart hands. In presenting herself in her new role to her new team, Niki shared six life tips: #1 Internal networking is just as important as external networking. #2 Surround yourself with people that make you better than you believe that you are. #3 Get some really good mentors and seek them out as well. #4 There is no “I” in team. #5 Always find opportunities to stretch yourself even if you don’t think that you can do it. #6 We all need to have a little fun! Niki has been a PRCUA member since shortly after her birth. She is married to Michael, “bonus” mom to Tristan, Trafford and Blythe; and Super Mom to Ariana (5) and Mila (3). PHOTO #2

At this time, I would also like to congratulate our very good friend, Marlene Bober MHA, ACM-RN, on her promotion to Senior Vice President at American Case Management Association. Marlene and husband, Andre, are the proud parents of Wesoły Lud alumnae: Renee Bober-Kroplewski (Mark) and Nicole Bober-Purazzo (Tom) and grandparents to Ava Kroplewski and Santino Purazzo. The Bober family together with Marlene’s parents Bushie and Papop traveled to Rzeszów and Iwonicz Zdrój, Poland for a few festivals. Fun times! Great memories!

On April 25, the Alliance of Polish Clubs hosted the May Third Polish Parade Queen competition. Congratulations to Paulina Kosińska who was selected as Queen. Presenting the check from the PRCUA to Miss Publicity, Agnieszka Daniłowska, was National Director from District 7, Joanna Ewa Cholewinski. Congratulations to all the lovely ladies! PHOTO #3

Congratulations to all Graduates – College, High School, Grammar School, Polish Supplementary Schools, with a special nod to our PRCUA schools. On May 9, St. John Paul II Polish School Graduation will include Holy Mass at SS. Cyril and Methodius Church, Lemont, IL followed by the High School Maturation Ball at Crystal Grand Banquets. A week later, the School’s 8th Grade Graduates will be honored at a luncheon at the same venue. National Director from District 8, Mirek Cislo, will be representing the PRCUA at these events and together with wife, Elizabeth, celebrate their youngest daughter Liliana as she graduates from JPII Polish High School. Bravo! PHOTO #4

Other upcoming events: Zajaczek Ball (5/1), Rogalin Recital (5/2), Halka Recital was rescheduled to May 9, the 30th Shirley Ann Galanty Michigan State Ball (5/15) – all in the Michigan area, as well as that of Polonia Ensemble on May 16 in the Chicago area.

Condolences to the family of Dorothy P. Ozog, youngest sister of President Emeritus Wallace M. Ozog, who passed away on April 17 at age 73. A member of the PRCUA for most of her life, Dorothy is survived by her husband of 29 years, Thomas, family and friends. Eternal rest grant unto her O Lord. Amen.

Special belated April birthday greetings to President Emeritus Edward G. Dykla on his 88th birthday (4/13), Brian Bonkowski on his 60th (4/8) and Natalya Bonkowski on her 15th – husband and daughter of District 10’s National Director, the incomparable Colleen! As for May, birthday wishes go to Mary Jane Czypura (5/1) and Roberta Brewster and Jolanta Zachara (5/20) from the PRCUA Member Service Department, Jola Lech (5/18), Claudine Wicker fromTreasury and my daughter Niki – both on the 31st.

The month of May ends with Memorial Day and I wish to close my article with:

“I have fought when others feared to serve.

I have gone where others failed to go.

Who valued Duty more than love of life….

I’ve seen the Duty, Honor, Sacrifice of the Soldier.

Now I understand the meaning of our lives,

The loss of comrades not so very long ago.

So to you who have answered duties siren call, 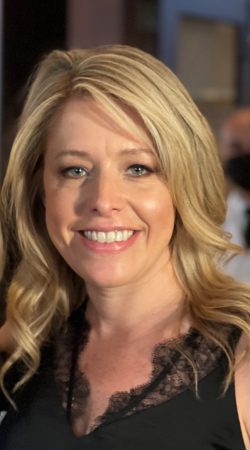 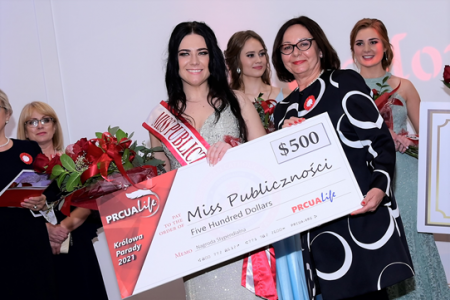 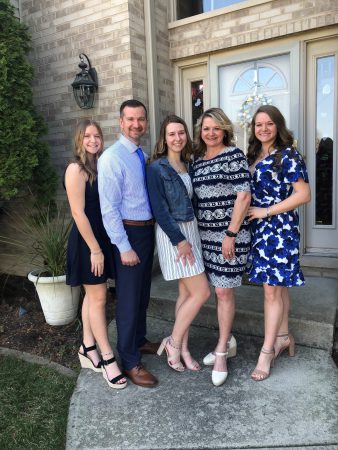 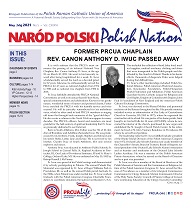