Every day I wake up, have an espresso and turn on the tv. One day in mid-August, instead of the news, the original movie “Annie” was playing. Richard and I were both pulled into this movie although we have seen it before. The musical lightened the grim reality of the lives of this little orphan and her friends. At a time when the last few months have been surreal and the silver lining of hope opens and closes, we need to lighten the heavy load of the everyday unknowns with a little “singing and dancing” of our own. But the question is how, when “in-person” or remote schooling or a hybrid of both is on the minds and hearts of each and every school staff member and parent. And rightly so, education and adaptability to new settings lay the groundwork for the child’s life into adulthood. With that said, the ancillary activities which also greatly contribute to the formation of the child’s personality, skills and talents (sports, dance, secondary language, scouting, arts and crafts, etc.) will have to “wait and see” the outcome of the health and safety once regular school is in full bloom. In the meantime, we must continue to exercise patience, creativity, patience, safety, more patience, and learn to go with the flow by taking precautions.

Speaking of precautions, as the uncertainty rows while a miracle drug for Covid-19 is found, I wondered again how people adapted to life amid disease during past outbreaks. I found an article on history.com regarding the timelines of the top five precautions:

If you are wondering how long this pandemic may last, “The Spanish flu, also known as the 1918 flu pandemic, was an unusually deadly influenza pandemic caused by the H1N1 influenza A virus. Lasting from February 1918 to April 1920, it infected 500 million people–about a third of the world’s population at the time–in four successive waves. The death toll is typically estimated to have been somewhere between 17 million and 50 million, making it one of the deadliest pandemics in human history. 1st wave of the 1918 Pandemic occurred in the spring and was generally mild (typical flu-like symptoms: fever, chills, and fatigue; recovering in several days; few died). 2nd wave hit hard in the fall of the same year – highly contagious, victims died within hours or days of developing symptoms, their skin turned blue, and their lungs filled with fluid causing them to suffocate.” (1918 Flu Pandemic – Unusually Deadly Influenza Pandemic (Wikipedia)). To weather this storm, we have to take precautions vigilantly and this will all become a memory and life will return to normal eventually.

In the meantime, life continues and with it, anniversaries and birthdays to celebrate. August seemed a popular month for weddings as Krystyna and Tadeusz Lech celebrated their 45th on 8/2; #32 for Richard and me (8/10); #54 for Joann and Wally Ozog and #42 for Teresa and Wacek Pazdziora (8/12); #55 for Judy and Joe Drobot (8/14); #61 for Loretta and Edward Dykla (8/15); #10 for Agnieszka and Daniel Bastrzyk (8/21). September wedding anniversary wishes go Sally and Thaddeus Klamerus celebrating #69 on 9/1.

As for the last several years, my September birthday evokes a time for reflection of professional and personal growth and assessment. I celebrate together with a few past Vice Presidents, including Anna Sokolowski (9/6) and Lorie Rose Gorny (9/16) who will be celebrating her 98th birthday, and, my mentor, the late Regina Ocwieja (9/22), as well as past President, Wally Ozog and Kevin Kucik (9/14); Loretta Dykla, Mary Jane Robles, Michael Turkiewicz and (9/16); I share the day with Andrew Lech (9/17); Tommy Robaczewski (9/18); Rev. Walter Ptak (9/20); Dir. of Marketing Elzbieta Sawczuk (9/22); Elaine Robaczewski (9/26) and friends, Evelyn Cedzidlo (9/6) and Joanna Niedzielski (9/25). HAPPY BIRTHDAY AND STO LAT TO ALL SEPTEMBER BABIES! Happy 5th Anniversary to my niece, Joline, and hubby, Anthony! HAPPY GRANDPARENTS’ DAY (especially to Teresa and Edward Rogala on the birth of their first grandchild, Dominic Francis Jacher)!

We lost a great PRCUA fraternalist while heaven gained an angel at the end of July. Barbara Pawlowski, who just turned 90 in January of this year, was one of our PRCUA gold members (52+) and former insurance supervisor for our organization, but she is best known as the founder of the Calumet Region (District #9) Dance and Language School, which through the years evolved into what is now known as the St. Raphael Kalinowski Polish School and Mała Polska Dance Group. Quite a feat, considering Barbara was Irish and German, but thanks to her husband Casey, she was introduced to all things Polish and she embraced the Polish heritage totally. Our condolences to her sons, Ted and Paul, and to her fraternal daughters, Elizabeth Grabowski, Grazyna Biestek and Elizabeth Sadus. Thank you, Barbara, for your service to PRCUA and the Polish American Community. Eternal rest grant unto her, O Lord, and let perpetual light shine upon her. May her soul and the souls of the faithful departed rest in peace. Please read the PRCUA tribute to Barbara in this issue of the Naród Polski on page 15.

Remember how I started this article, well let these closing words remind you.

with music by Charles Strouse and lyrics by Martin Charnin

“Jak szybko mijają chwile, jak szybko płynie czas.” I remember the first time I met Consul General Piotr Janicki at the PRCUA building at the beginning of his term and since then,
at so many other events, including the Cinderella-Prince Charming Balls and other Polonian events. The PRCUA extends an open invitation for the Janicki family to attend the Cinderella-Prince Charming Balls and of course, all PRCUA and PMA events. It has been our pleasure to have met you, your wife and daughter – Princess Anna – and we wish
you only the best that life can offer.

P.S. PRCUA has begun its marathon of E-Sports Tournaments – the first was in August with Baseball and the next is Soccer – come join the fun and read all about it in this issue of the Narod Polski, on our website and social media platforms. HAPPY SEPTEMBER! 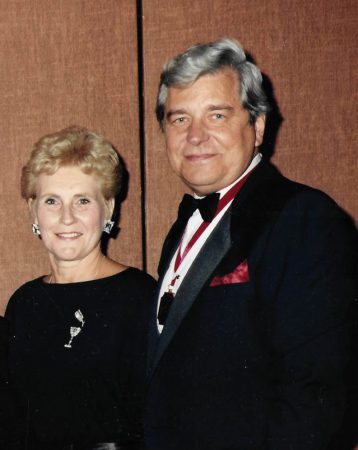 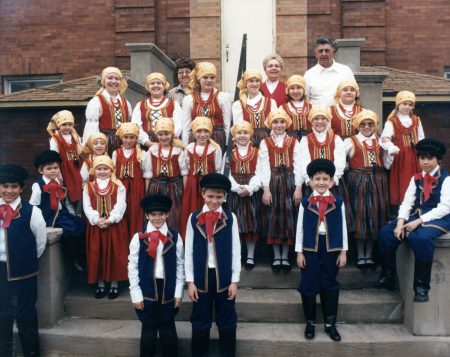 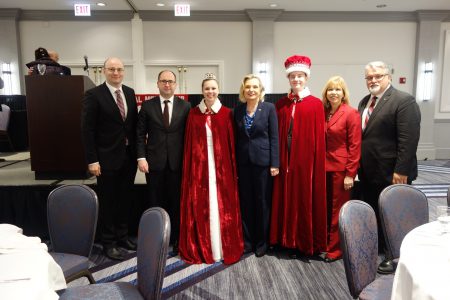 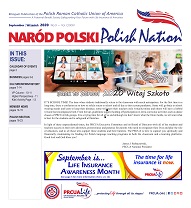